Study well, find a good job, live a happy life. This has been ingrained in every Singaporean from a young age. However, not everyone abides by this ‘rule’ and some individuals still choose their passions over high pay.

Who would have thought anyone would trade in their careers as bankers and lawyers to open cafes, restaurants or hawkers? Certainly not me. But here are 8 professionals who hung up their blazers to chase their food dreams.

Ever heard the phrase “don’t just a book by its cover”? This aptly describes Andy, who despite his burly appearance, has a heart softer than marshmallows. Filial piety is something he swears by and it has drastically altered his course in life.

Seeing his ageing parents slogging away at the family business, Andy made a decision to quit his corporate career to help relieve their pressures. Specialising in mortgages in the banking and finance industry, he’d walked away with no regrets and has actively pursued a career in making a name for himself as a hawker. Despite holding a bachelor’s degree in marketing, Andy self-learned the processes of supply chain management and used it to run the business. From queue management to partnerships with delivery platforms, he did them all.

With these one time-consuming processes being automated, Andy dedicated himself to expanding the business. At just $5 a bowl, Andy has a loyal fan base whose continual support contributed to his successful opening their third outlet at Timbre+ in 2017. Don’t let her demure appearance fool you because she’s not just another pretty face. Then 23-year-old Kelly left her job as a service banker to become a hawker. And boy does she cook up a storm in the kitchen.

Apprenticing under her father, Master Wong Wai Keung (a Hong Kong chef who has clocked over 50 years of experience), she soon mastered this art and started her own stall at Maxwell Food Centre before moving on to her current location at Timbre+. Reinventing the noodle dish, Kelly offers a variety beyond the traditional bowl of wanton noodles. From eggs to tomatoes, she’s included them in the springy noodles she’s famed for.

But what caught our eye (and delighted our stomachs) was her Beef Brisket Spinach Noodles ($5.50). From the unique colour right down to the brisket that burst into a symphony of flavour before melting in my mouth. And for all you parents out there who simply cannot convince your child to eat their veggies, this is the place for you. Banker turned chef, Kevin’s story is just one of the many who have chosen to step away from the corporate world to venture into the food industry. Located below Hotel Mi, Kyodai attempts to mimic Japanese yatai (shop stand) but with a few twists of his own.

Fusing various aspects of different cultures, he offers a unique array of items on his menu, from Gyocos (gyozas + tacos) to traditional donburis with flavour tweaks suited to the Asian palette. Of all the variety offered on their rather extensive menu, the Starboy Bowl ($13) caught my attention. The sliced pork belly has been cooked sous vide for 10 hours then blow-torched, topped with a perfectly-runny onsen egg and garnished with crispy fried shallots and garlic. This bowl of yummy goodness really is the STAR of the stall. At the age of 29, Rui Fang left her job in the finance industry. In her three-year stint with Toshiba Capital, she didn’t feel a sense of fulfilment despite her achievements.

With no concrete plans to follow her resignation, she jumped into a career she’d grown-up surrounded by — to be a hawker. Pioneered by her grandfather, she became a third generation hawker with a store at Tekka Centre. She wakes up at 1.45am, five days a week, to prepare the ingredients so she can sell the first bowl of her signature Prawn Noodles ($4) at 6.30am. While the hours are long and the environment hot and humid, she finds contentment from being amongst the rare remaining hawkers serving prawn noodles in its traditional and authentic form.

And truth be told, every mouthful really did bring me back to the prawn noodles flavour I grew up eating. Having pursued higher education in San Francisco, Petrina had enjoyed both the flavours and culture of food there. Hence, eight years into her career as a private banker where she grew in affluence, she found herself returning to study at world-renowned culinary school — Le Cordon Bleu. Six years into her career as a chef, Petrina’s food has, and always will be, a form of nourishment for the body as well as an aid to facilitate bonding over meals. With this in mind, she carefully curates her menu every six months (and in between) according to seasonal changes.

With her insistence on bonding over food, her menus have no space for ala carte dishes. Instead, everything is curated into a sharing menu ($45/person for five courses) where customers have a variety of choices to share with one another. 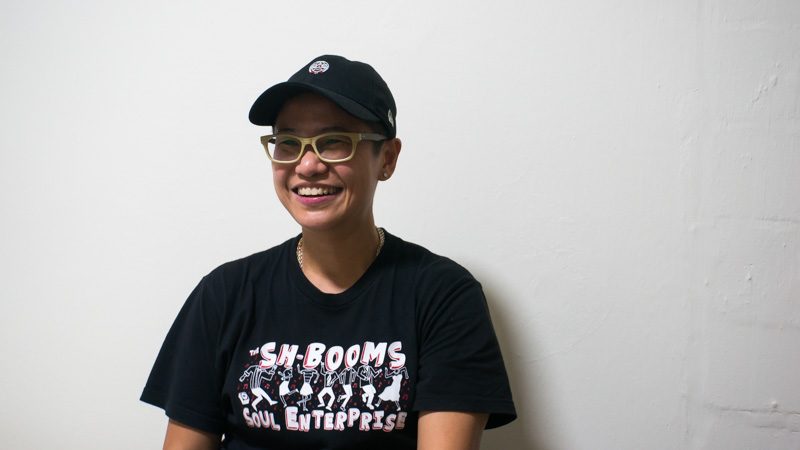 Ex-Forbes director, Shen made the decision to drop her corporate climb and enter the food industry. Having spent the majority of her childhood in the company of her maternal grandmother, who always cooked her favourite dishes, it seemed only logical to be a hawker. Made famous for her acclaimed Madam Tan’s Nasi Lemak she once sold at Maxwell Market, Shen has since taken an alternative route and removed herself from the hawker scene. She now runs Ownself Make Chef from the comforts of her home. With specially curated eight-course dinners ($99/person) held on specific dates, she now has maximum flexibility to tweak her menu as she pleases.

We attended the “Don’t DESSERT Me DINNER” where she featured an eight-course dinner that revolved around four main proteins — pork, chicken, beef and seafood. Utilising each protein twice, she incorporates proteins into her desserts like candied kurobuta bacon (pork) and candied chicken hearts (chicken).

With her culinary experimentation and creations, Shen pushes the boundaries in the kitchen, creating menus that are funky but also yummy. Then 23-year-old Tom Loo seized the opportunity to master the art of making fish cakes and fish balls from his army friend’s mother. Making the career jump from being an engineer to hawker was no easy feat.

But Tom’s love for food expedited his steep learning curve and in the short span of six months, mastered the art and opened his stall at Ghim Moh Market and Food Centre. From the fish balls to dumplings, Tom makes everything from scratch. The springy mee pok noodles were drenched in a concoction of vinegar and chilli, and the soup contained wolfberries which gave it a sweetness that balanced the tartness of the noodles.

Cooking every bowl of mee pok tar ($3.50) with the same dedication he did at the age of 23, people travel from all over Singapore just to purchase a bowl which they claim, allows them to re-live the comfort food of their youth. Who would have thought a lawyer would have given up an elusive career to become a chef? Pioneering the cafe scene, Willin Low did just that.

His first cafe — Wild Rocket — took the country by storm in 2005. With his ingenious reinventions of traditional Singaporean flavours, people soon bought into the idea of cafes and all they stood for. Chefs took inspiration and Singapore soon saw the birth of many new cafes, spurring on the millennial trend of cafe-hopping. One of his signature dishes is the Giam Hee Chinese ‘Anchovy’ Aglio Olio Spaghettini ($32), the combination of the saltiness of anchovies with the spiciness of aglio olio is the perfect complement and remains a long-standing dish you have to try when you visit Wild Rocket.

The majority of Singaporeans continue to spend the span of their lives chasing accolades in the corporate world. However, these eight chefs are mere representatives of a group who decided they would rather spend the rest of their lives doing what they love.

So kudos to them for having the courage to do what their heart desires regardless of the monetary wealth you cast aside to chase their dreams.