My interest in the subject of food served in prison did not come as a sudden revelation nor was it motivated by the possible virality that such a topic might induce.

Rather, I see it as a natural extension of the work that I do as an empathy enthusiast and my curiosity towards aspects of inequality in hidden areas that cosmopolitan Singapore wishes to ignore.

In the course of my research, I approached poets, activists, lawyers, engineers, academicians, and teachers (this list is, of course, not exhaustive) with a singular question: Do you know what prisoners in Singapore eat?

The responses I got varies. But in summation, it ranges from complete and utter indifference (“No. Why do you ask?”) to a mild curiosity that never went beyond the mere act of expression (“I’ve never really thought about it. But that would be interesting to know”).

Did these results come as a surprise to me? In a way, both yes and no. Yes, because in a country that lauds itself as an agency and purveyor of food choices, we seem to care very little about a select group of people for whom the choice of food has been made for them. But in some ways too, I am hardly surprised because if there’s one thing Singaporeans are notorious for, it has to be apathy.

We are only invested in issues that affect our natural way of living (rising transport costs, rising food costs, train breakdowns) but we turn a blind eye to the less intrinsic tragedies that befall the downtrodden and the weak.

It’s survival instincts at best, and disingenuous at worst.

To find out exactly what Singapore inmates eat on a daily basis, I turned to multiple online resources (Reddit, forums, discussions boards). For the purpose of journalistic integrity, I have also spoken anonymously to two ex-inmates who were recently released to ascertain if their memory of the food served while in detention corroborates with the information I have.

I have emailed Singapore Prison Service with an interview request but they did not respond to my query. 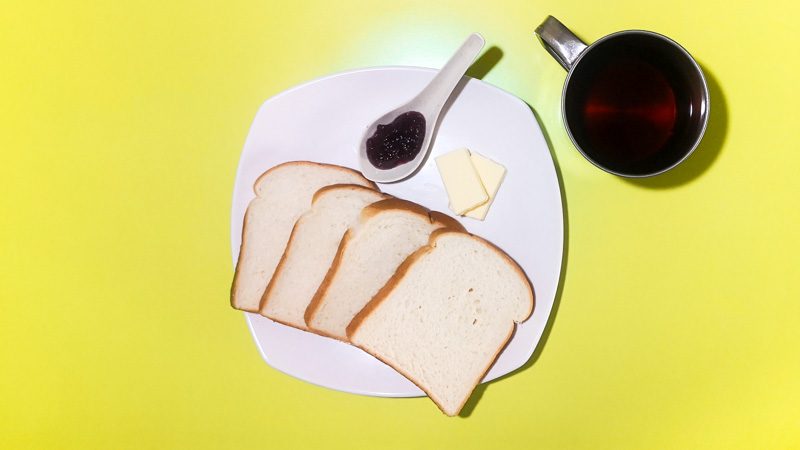 It seems to me that the menu in prison has been designed solely and exclusively around numbers; both for calories and cost. I imagine a room of prison officials and dieticians with a calorie goal scribbled on a whiteboard, trying to see what food fits into that number and budget.

It hardly matters that the food is something we ourselves might consume. This here seems like a strict exercise in numbers, not one of gastronomical sensibilities. Whichever way you look at it, and through whichever lens of bias (intentional or otherwise), the menu is undeniably a nutritionally balanced one.

But when we take a closer look at the calorie count for each meal which is then added up and measured against Ministry of Health’s recommended caloric intake by gender and activity, it is apparent that the total consumed calories per day for prisoners are pitifully and woefully insufficient. In short, prisoners are on a daily calorie deficit. 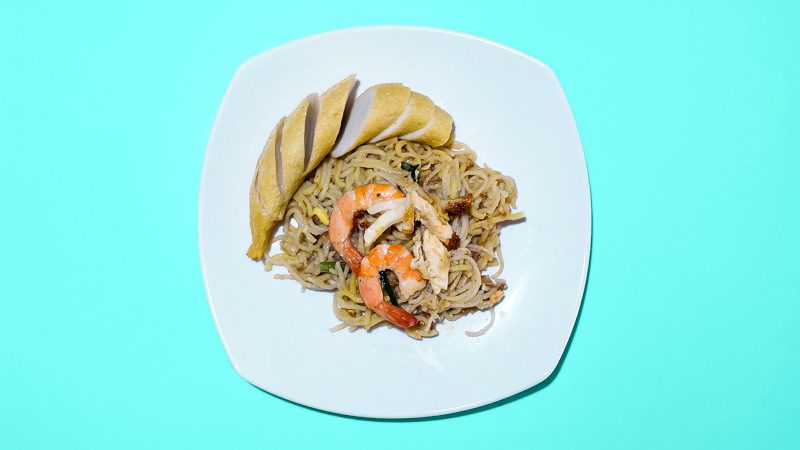 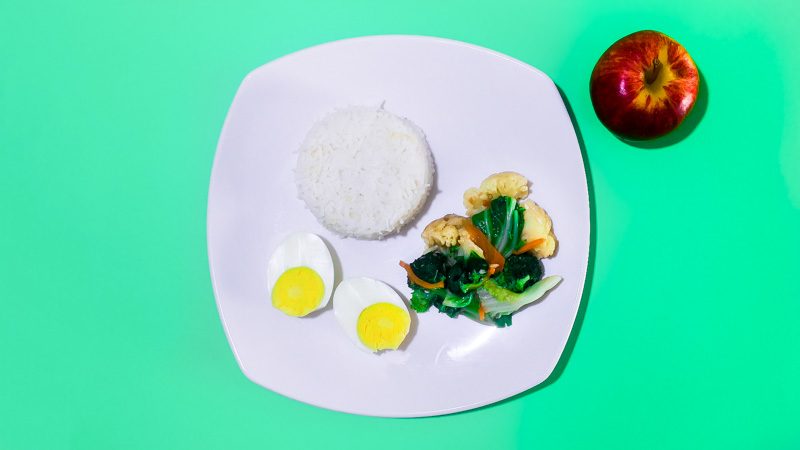 Taking away elements such as nutrition and calorie count, prison food is absolutely as jejune as it can get, but surprisingly reflective of the local palate and indicative of the eating habits of the Singapore hoi polloi.

For all its quiddities, there is, however, an element of variety in the lunch and dinner menu, though in actuality, hardly brings to mind the cacophony of choices we are much used to in life as a free individual. 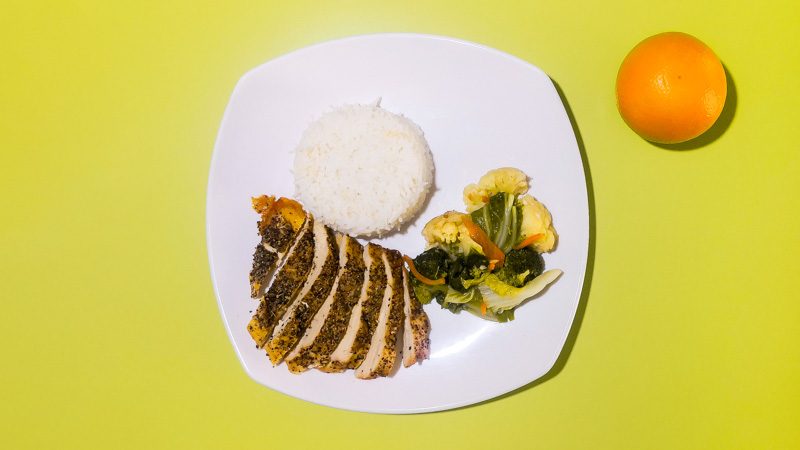 All food served in prison is halal-certified, but menus do not take into account the special dietary needs of different religions (though the glaring omission of beef speaks favourably of the prison’s consideration towards Hindus and Buddhists).

Medical conditions (diabetes, high blood pressure) are taken into account, however, no substitutes are offered in place of not being able to eat certain items offered. For instance, a diabetic patient will only eat bread (though this, too, is highly ill-advised due to the amount of refined starch) and butter without any substitution for strawberry jam. 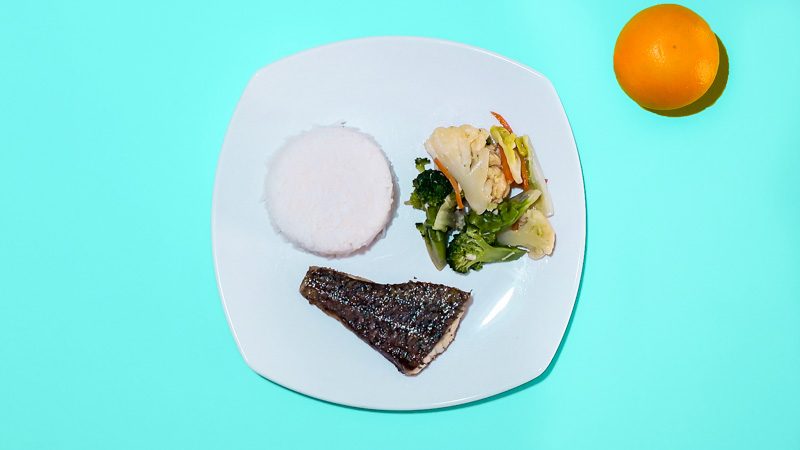 Food is served through a rectangular opening at the bottom of the metallic cell door and inmates eat on the floor which is thoroughly cleaned with soap and a towel after every meal.

A simple colour-coded plate system distinguishes one type of diet from the other: Green is indicative of a normal menu, Blue is for a sugar-free diet, Yellow is assigned to inmates with a nut allergy, and Red is for vegetarians. Ultimately, the question I found myself asking is where do we draw the line between privilege and punishment? Does and must punishment for a crime committed extend to the food served?

Can Singapore’s entire incarceration system function beyond its objective of absolute deterrence imposed on the criminal minority and instead look towards the models of other developed countries where the order of the day is by and large rehabilitation?

Certainly, my opinions are clouded by the nature of my interest both as a writer and as a food critic. As a food reviewer, I constantly judge a place by the food they serve. I make critical observations about plating, taste, seasoning, and service.

Applying those same principles to the food served in the Singapore prison system, I can safely conclude that there is no clearer indication that on this island, punishment for the incarcerated must be, for lack of a better word, a wholesome approach; an approach that encompasses not only living conditions, restriction on movement and the agency of choice, but extends to the food they eat for as long as they remain in prison, however extended that may be.

Robbed of the intrinsic pleasures of food, life in prison whittles down to its bare, skeletal minimum, a point I’m certain could not have been more clearly driven home than with a meal of rice, one hard-boiled egg, and a side of mixed vegetables.

*This article was contributed by Zat, Co-founder of SG Narratives, an organisation dedicated to helping companies rewrite perspectives and offer a point of view that is socially conscious and passionately progressive. Zat is also a music educator whose passion for education runs as deeply as his love for food.