“Westside got nothing to eat leh!”, “The West so ulu, don’t want lah!”

Sound familiar? The West (Jurong East, Pioneer etc.) is not typically known for being a food paradise. But there are hideaway cafes that are little known to most, unless you stay, work or study in the area.

Having studied in NTU meant there was a need to source alternative food sources nearby (because four years of canteen food eventually takes its toll on you). I chanced upon GRAZE by The Backyard Bakers at the newly opened NeWest at West Coast Road.

On the outside, it reminded me of a fish tank, especially with the plants that resembled the underwater flora. 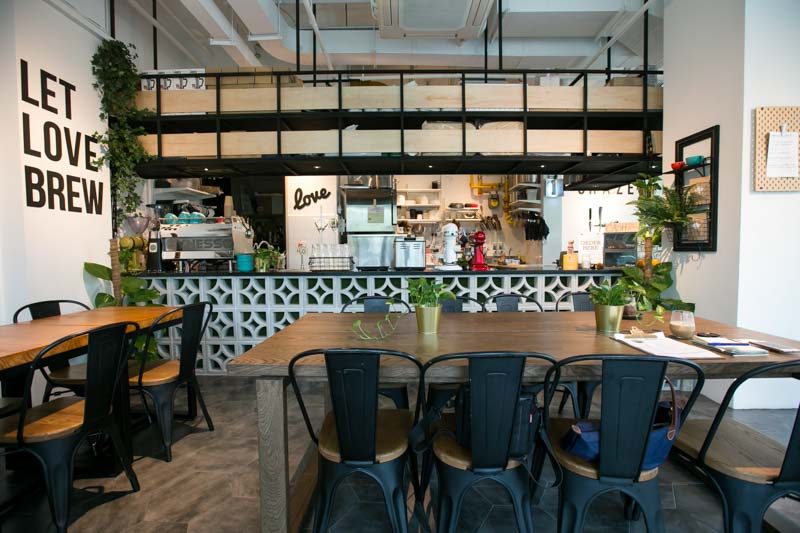 But stepping inside transported me to something right off an interior design magazine — with coffee-related quotes peppering the walls, the brightly lit interior reminded me of the summers I’d spent abroad, sitting and drinking coffee in the backyard of my rented Airbnb home. Walking in the afternoon sun had me sweating buckets and the coffee-addict in me ordered their Signature Iced American White (S$5.50) to quench my thirst. What I liked most about the drink was the use of an espresso ice ball to keep their drinks cold while preventing the dilution of their drinks.

I’d suggest letting the drink sit for a few minutes to allow the ice ball to melt to get the best coffee flavour possible. Hungry after a day at work, we tried their signature burger, The Grazing Wagyu (S$32), which was beyond any expectations I had — stacked taller than the palm of my hand, it was an impossible feat to take a bite out of it. The patty was 220 grams of Australian wagyu beef, stuffed with melted Monterey Jack and red Leicester cheese. Cooked medium rare, it had a slightly charred exterior and remained pink in the centre.

However, it was rather underwhelming as the cheese wasn’t as melted and oozy as I’d expected it to be and the patty itself was slightly too dry for my liking. I had to deconstruct the burger to try to fit all the ingredients in a single bite. The cheese-stuffed wagyu patty, melted cheddar cheese, bacon, sauteed mushrooms, caramelised onions, tomatoes and greens were sandwiched between soft, toasted house-made herb brioche buns.

Sadly, my taste buds were confused as they’ve incorporated too many flavours into a simple burger in their attempt to zhng it up. The burger failed to impress us, so we decided to try a breakfast classic — the Rise and Shine with Hash (S$14), one of GRAZE’s specialities. A base of hash browns was topped with pulled pork, sous-vide egg and alfalfa sprouts. But don’t be fooled by its size, it’s sure to fill your hungry stomach.

There was nothing spectacular about the hash, think of McDonald’s hash brown but crushed to resemble a rosti. The pork, however, was piled on in abundance. And while this sure pleased the carnivore in me, the pork was overly salty and I soon found myself washing down every mouthful with a sip of water (and that’s coming from someone who can go days without drinking water). But saltiness aside, it was rather addictive. The sous-vide egg definitely helped abate the saltiness of the pork and added a creamy element that gave this breakfast dish a new depth of flavour. With the rather disappointing mains, I turned my attention to the dessert menu in an attempt to find a dish that will make the journey to the west worth it.

It was limited, to say the least, but we found one that stole our heart — GRAZE’s Banana Brownie (S$4) was their saving grace. 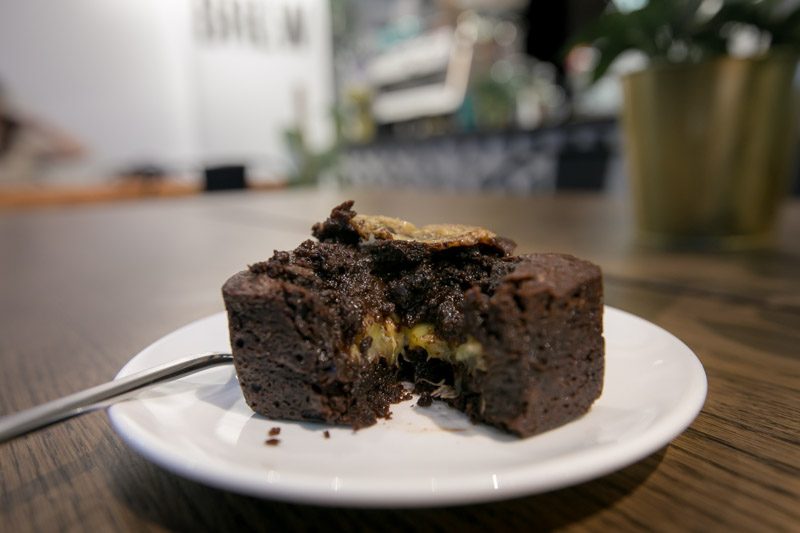 Gooey from the bananas and chocolatey, it was heaven for a sweet-tooth like me. The bananas were incorporated throughout the brownie, adding more moisture to the brownie. The decor at GRAZE is definitely Instagram-worthy. However, the dishes served fell short of expectation. But every kitchen has its bad days so maybe you’ll be luckier on your visit and enjoy a more pleasant dining experience than I did.

One thing to note if you’re planning on heading down, GRAZE only accepts cash payments, so be sure to make a trip to the ATM beforehand.

GRAZE By The Backyard Bakers